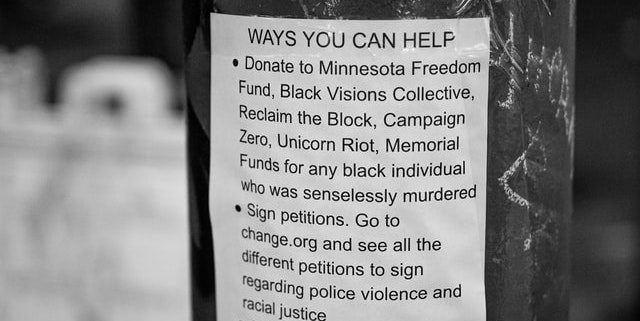 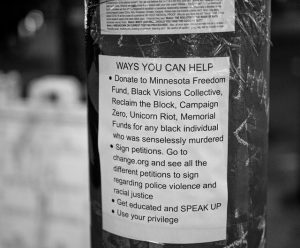 If you’ve been around here a while you know that I like to address All of the Things (good AND bad) because I believe that is where clutter with thoughts, things, and people can come from. If you follow me on social you’ve likely seen my posts this week regarding the marches and protests.

Well I just watched a 60-second video on TikTok of a man who, through words on the screen, invited the viewer to sit in silence as the time passed. He said nothing. Only stood still in front of the camera.

As I watched him stand in that silence, I thought of George Floyd begging for his life. I thought of him calling out to his deceased Mama as he gasped for air. And I cried.

As the tears fell, I realized I’d been spending so much time being pissed off, that I never honored Mr. Floyd by feeling the pain below the anger. He didn’t have the privilege of running away from his discomfort through rage. Instead, he was forced to lay there and feel every second of that agony until he died.

Seeing the footage of his death and the subsequent coverage of the protests made the whole situation feel more like a movie than real life. This can’t be what continues to happen, can it?

And then I watched the man on TikTok and honored his request to stop and get quiet. That’s when the reality came back front and center.

Today, I ask you to do the same. Watch the short video at the end of this letter without distraction. Feel that full minute of silence and then remember that George Floyd spent 8 minutes and 46 seconds with former police officer Derek Chauvin’s knee on his neck as his life was slowly extinguished.

I don’t have the answers. I don’t know how to heal this world. What I do know is that we have to do better.

I regularly redesign my life as needed and this latest version will include the following:

Growth is uncomfortable and its through that discomfort that we learn and evolve.

Here’s that video. Watch it and feel whatever emotions come up. Be with them. For the full minute. Mr. Floyd deserves at least that much. Then, if you feel so called, take action to make a change. I’ve listed some resources below.

Here are some things you can do to help the Black Lives Matter movement:

Sorry, You Can’t Have It All

Do you keep too many doors open?
Scroll to top