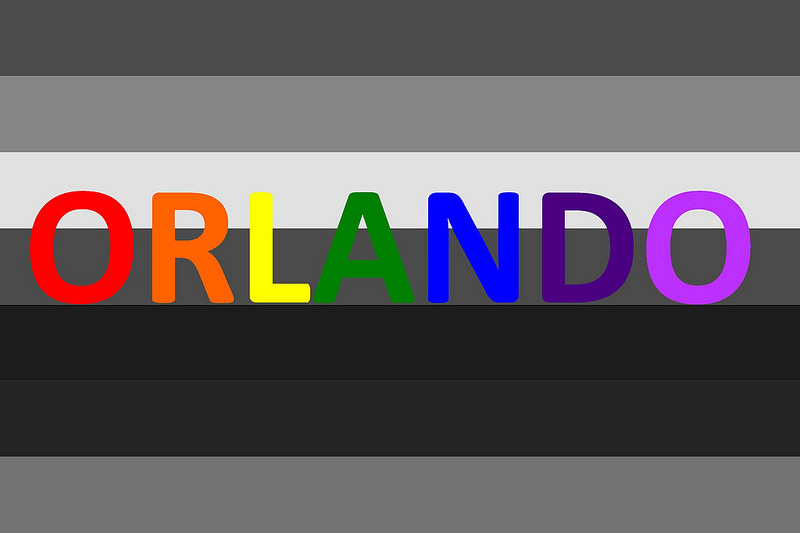 Keep Orlando in your thoughts and prayers.

Thoughts and prayers are useless. Call your representative and demand stricter gun laws.

This isn’t about gun control. This is about terrorism.

No civilian should have access to a rifle of that magnitude.

He was a terrorist. 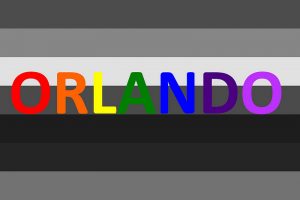 He was an anti-LGBT monster.

He was a closeted gay man battling his inner demons.

Here’s the bottom line: What matters, first and foremost, is that 49 people lost their lives. That 49 people were killed because of who they love. This was a hate crime against a targeted group of individuals in a place where they go to feel safe; to be with their tribe.

When I came out to my mother, she wasn’t happy to learn that just one week later, I was going to Washington, D.C. to march for equal rights. She was scared at the idea of a large number of LGBT people gathered in one area. “What if some sicko starts shooting or bombs the crowd?” she said. In my naivete, supported by the fact that things like this weren’t common place back then, I balked at her concern. “Nothing like that is going to happen,” I told her.

But it happened last weekend.

When faced with something like this, our natural tendency is to try to make sense out of it. We subconsciously believe if we succumb to our feelings about it, they just might be too much to handle, so we intellectualize, we point fingers, we politicize. If we can understand it logically, then maybe, just maybe, it won’t be so scary. If we can make it about “them”, then we can convince ourselves that it won’t happen to “us”.

But the thing is, there’s no making sense out of a senseless situation. We sure try, though. Opinions, arguments, and debates fly around social media, some saying the focus should stay on the victims and their families. Others use it as a time to push political leanings and beliefs. Some offer their versions of solutions to prevent this from happening again.

Believe me, I’m as guilty as everyone else. Upon learning of the Orlando shooting, I went on Facebook to squawk about the gunman having access to a rifle that allowed him to kill so many, so quickly. I, too, was looking for someone to blame.

There is no “right” way to react to tragedy. Only your way. Feel what you’re feeling, think what you’re thinking, and let others do the same. It’s that last part that I think is the hardest for us.

If people don’t react the way we do or we think they should, they can quickly become the enemy. Again, we’re just looking to direct our anger somewhere, but the last thing the world needs is more enemies. It’s this “us vs. them” mentality that is a tenet of hate. It disconnects us from one another and desensitizes us from the pain we cause each other.

My Facebook post was my way of beginning to process the horror. I was pissed. Anger is a powerful doorway to pain, and if you’re brave enough to walk through that door, the real healing can begin. So get mad. Scream. Vent. Attend rallies. Be angry at the loss of lives instead of at someone with a different opinion.

Only then can we come together and effect real change.

Only then can we be clear-headed enough to stop the ever-increasing violence in our country.

Only then can we be intentional and committed to making love louder than hate.

Are You Caught Up in the “Once I…” Loop?
Scroll to top