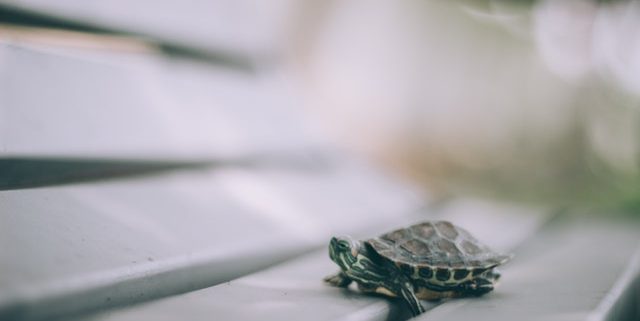 As human beings, we are, by nature, instant gratification seekers. When we get an idea in our heads, we want it to happen NOW. We want the shortcut. We we want the magic pill.

This is where our future selves and our present selves clash. Future You is excited at the idea of obtaining a goal; of what life will be like once you reached it. Present You, however, is the one who has to do the heavy lifting to get you there. It is she who has to do the work; take the risks. And she wants results today.

There is, however, a sweet spot in the middle where Future You and Present You can meet. This secret chamber is found using what I lovingly refer to as “stupid-small steps,” or SSS.

Stupid-small steps help Present You get on board with the work that’s in front of her because your expectations are realistic. Sure, it might take some convincing to get her to see that any move is a win, and that the feelings of accomplishment don’t only come with breaking the ribbon at the end of the race, but the more you practice the slow-and-steady approach, the more she’ll believe you.

And Future You can buy into stupid-small steps because she sees you making progress toward the goal instead of just daydreaming or talking about it. Future You gets tired of lip service real fast.

These SSS turn into huge strides faster than your resistance can squawk. This week, I’ve invited my client, Debbie, to share how quickly things got rolling for her and how small steps completely rocked her world in the best possible way.

Read her story below:

“I took one of Kerri’s first ever clutter clearing courses several years ago. It was at a time when I was feeling stuck, frustrated, and a little bit lost in my life. Having never considered myself a hoarder, I jumped into the course expecting nothing more than to spring clean my home, although secretly I hoped I’d also emerge with a fresh take on life (I know, tall order!).

As I began to clear out things here and there, I found that some were harder than others. During the course, I mentioned to Kerri about some bins that were under my bed. They held the contents of a failed business, and I was having trouble accepting defeat and letting them go.

Once Kerri pointed out to me that those bins could be directly impeding not only my quality of sleep (being under my bed and all), but could also be standing in the way of me fulfilling any big dreams, I suddenly wanted them gone as soon as possible. If clearing them out meant I could travel the world, I was sold!

But I’m getting ahead of myself.

A year or so before I took the course, I started to travel with my husband. We were experimenting with taking longer trips. Sometimes I’d do a stint solo and he would join me when he could.

I’d often get the blues when the travels were coming to an end and we were heading home to London. At the airport we would play a game to lift our spirits. It was called the “If we weren’t going home, where would we be going?” game. We each had to tell the story of our next (imaginary) destination in as much detail as we could muster.

Debbie: “We’re heading off to New York, to a little apartment in the East Village. We’re staying for two months and we’ll shop at the Whole Foods nearby…and go to Central Park and the Museum of Modern Art.”

Brett: “We’re going to Santorini. In a cave house. And we’ll lay on a beach for a week or two, ordering food and drink and swimming in the sea…and I’ll read all of the books on my wishlist!”

And that was that. We’d come home and get back into life until we’d plan our next mini-adventure.

Then I started the clutter course. Brett was too busy to join in, so I happily went in on my own. I started under my bed, and then cleared our spare room, going through drawers and cupboards and sorting through all of my clothes and shoes. I found it completely addictive and once I started I couldn’t stop.

It was almost as if my clutter was coming out to meet me. I’d clear my spice rack while I was waiting for rice to cook, or quickly sort through my socks as I got dressed in the morning. There was such an energy in our home that soon Brett couldn’t resist, and one Sunday he started to clear his workspace and then his bookshelf. Then together we blitzed the kitchen and garden.

As we cleared, we dreamed and chatted about how much fun it would be to spend a year traveling full time. To be nomadic. We already had a business together that, at the time was Brett’s passion and not so much mine. But as we chatted strategically (and hypothetically) about how we could make the business work on the road, I got increasingly excited.

I checked in with Kerri throughout the course to let her know how things were going. She asked if anything had come up for me as I cleared, and I told her about the chats with Brett about traveling more. She encouraged me to dig deeper. Was my desire trying to get my attention? On her suggestion, I did some journaling.

Giving myself permission to dream big gave my vision legs, and I started to think about how we could really make our travel goals happen. I hatched a plan to batch his face-to-face work into quarters and only come back to London for two weeks every three months; how we could do group teaching alongside face-to-face consulting and start teaching online. It was fun and light and neither of us took it very seriously.

Brett and I took another little lovely trip, and at the airport as we headed home he started the “If we weren’t going home, where would we be going?” game. I burst into tears and blurted out: “We’ve either got to do it for real, or stop talking about it now.”

There was silence. Lots of silence.

We gave ourselves a year to get ready to hit the road. I became CEO of the business to get it ready to travel with us, and we kept clearing our home with a view to renting it out.

A few weeks in Kerri asked if there were any obstacles in the way. The biggest one was our home. We didn’t know whether to rent it out long term or short term. She encouraged us to play with both scenarios without worrying about a final decision. Just take the next step. So Brett and I chatted. We decided to rent it out for a year and find alternative accommodation for ourselves when we came back each quarter.

The next blockage was whether we would rent it out fully furnished or unfurnished. We had some lovely antique furniture that I was worried could get damaged and lose its value. Kerri suggested we get someone in to look at the furniture and value it. We could see how much it was worth and then decide what we might like to do. It seemed harmless enough, so I arranged for an auction house to come in. At this point we felt about nine months away from our traveling dream, and hadn’t yet put any firm travel plans into place.

The auctioneer came to look at the furniture and said: ‘Yep. It’s great. I could definitely sell it for you. In fact, I have an auction coming up in six weeks time that it would be perfect for. Let me know if you’re interested. If so, I’d need it next week to photograph it for the catalog.’

In that moment everything changed. It felt like there was an offer on the table and our little games and casual chats suddenly felt very real, very big, and very very scary. We could sell all of our furniture, every last scrap of it, in one fell swoop…next week.

In a moment of bravery/madness we said ‘okay.’

One week later, we had a home with no furniture in it, tenants lined up to move in, and nowhere to go. Our one year of travel turned into just over 16 months and we visited Amsterdam, Croatia, Saas Fee, Iceland, New York, Park City, Fernie, Seville, Ibiza, Antibe and rural France (a little place near Toulouse). When we came back to London for two weeks every three months we rented a place in the heart of Soho, which was an adventure in itself.

It made me realize just how quickly things can happen when we take that one, small action we didn’t feel anywhere near ready for. Once I said yes to getting rid of those bins under my bed, then yes to clearing out even more, then yes to pushing Brett on no longer playing our airport game and instead do something about it, and yes to the auctioneer, the domino effect continued and life has truly never been the same since.

Brett and I had to downsize considerably to start life on the road. There were a few boxes at my parents’ house, but mostly it was just us, our computers, two suitcases and no regrets. I can’t even remember half of the stuff we got rid of.

We’re currently back in our London flat planning our next adventure: four seasons in four different countries. Nomadic life take 2!”

Pretty crazy, right? I love Debbie’s story because it showcases how, with each layer of clutter you clear (physical items, doubts, fears, etc), your dreams get bigger and bigger. And those gather speed and before you know it, you’re blown away by what unfolds before you. The snowball effect is real!

So what’s your big dream? Travel, like Debbie? Work for yourself? Have a family? Live in a different country? Whatever it is, take time today to identify some stupid-small steps you can take. They should be so stupid-small that you can do them in less than 15 minutes each.

Here are some ideas:

Each of those quick examples above will take you almost no time, but will have a huge impact on making your dream a reality.

No matter how enormous your dream or goal seems, the fastest way to get there is one step at a time. Be the tortoise. Not the hare.

What SSS will you take first? Let me know in the comments below.

For some more inspiration and motivation, check out these pics from Debbie and Brett’s travels (click to scroll through gallery). 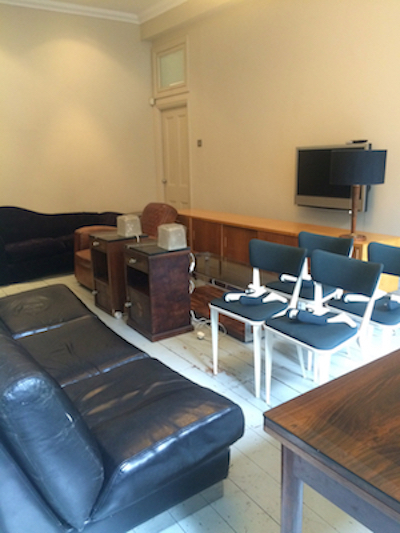 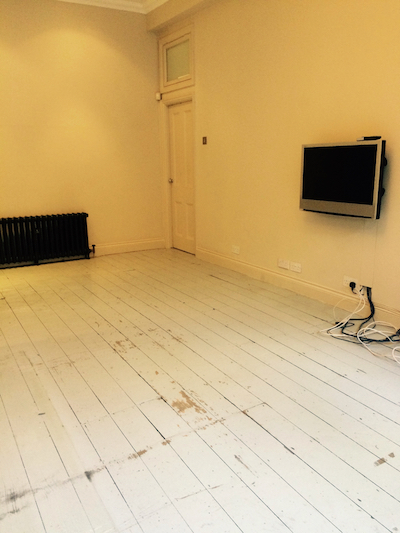 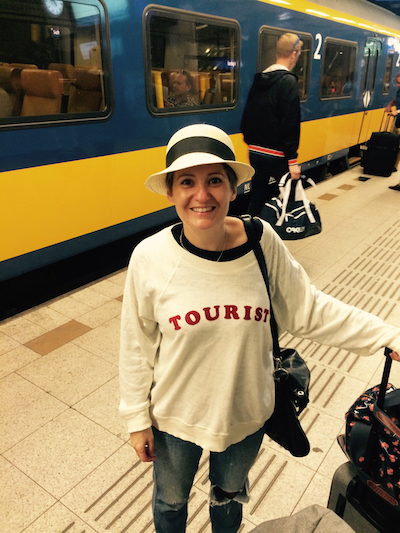 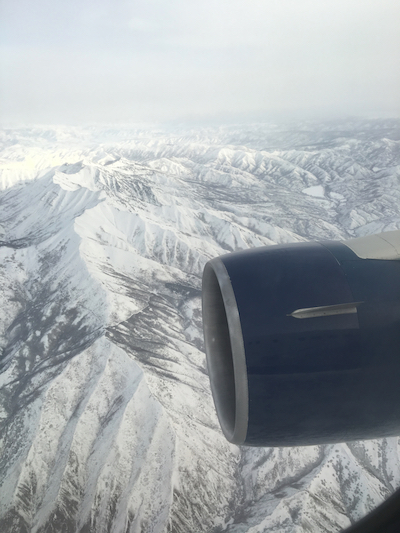 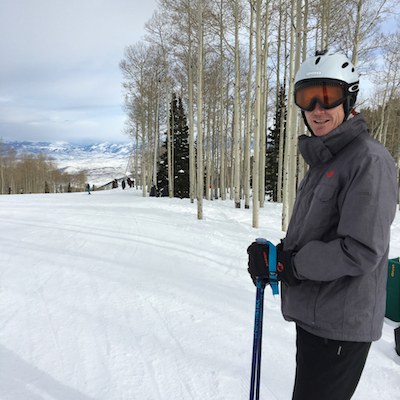 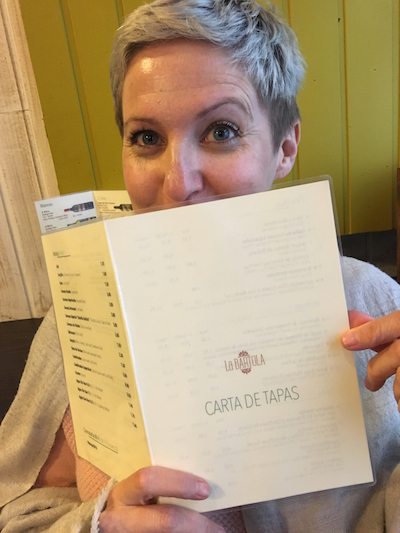 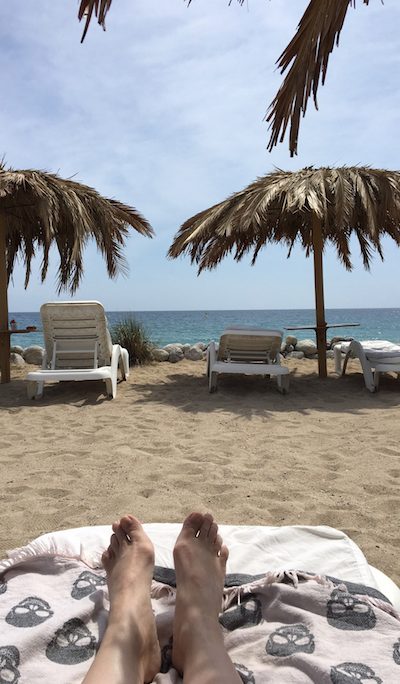 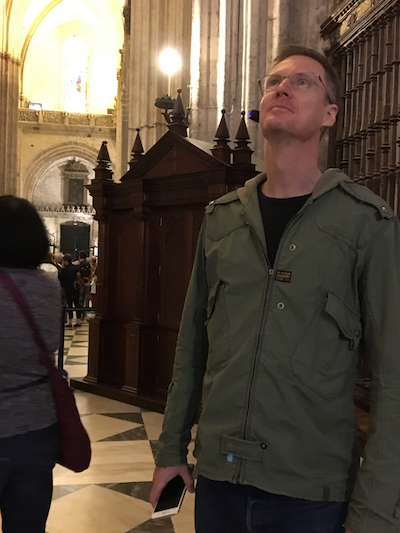 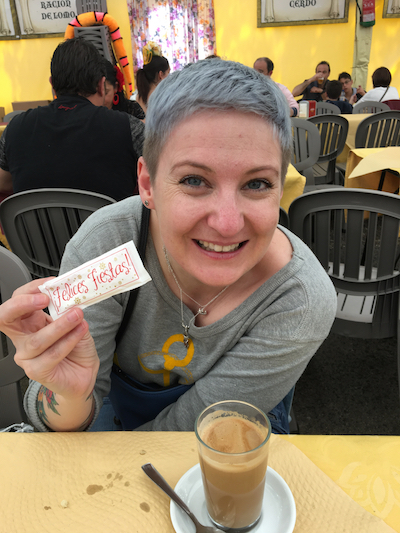 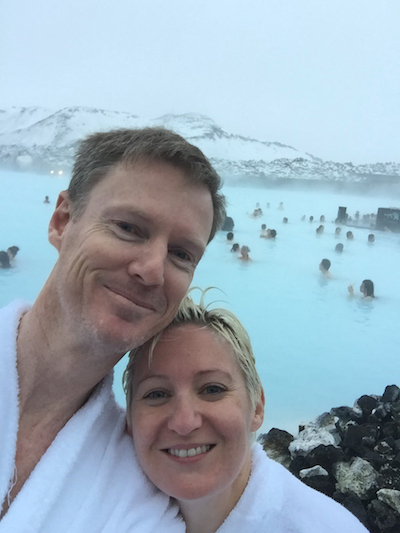 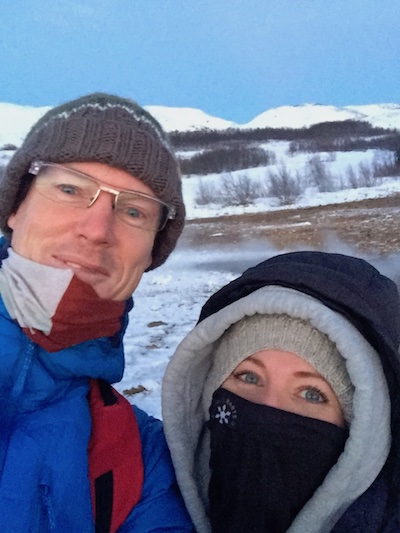 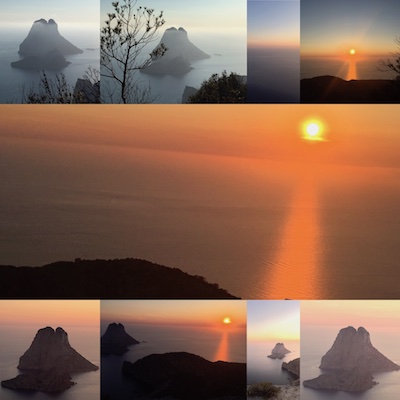 Is It Time to Spring Clean Your Goals

The World’s Largest Health and Wellness Summit Begins May 5th! And it’s...
Scroll to top