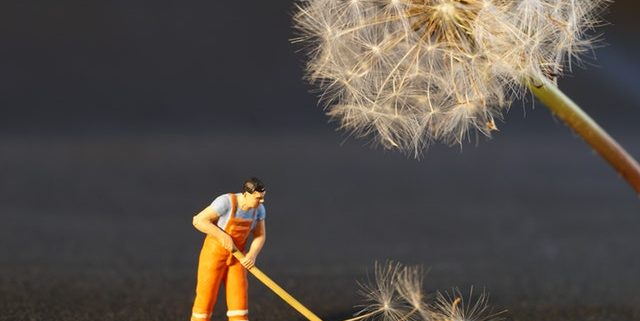 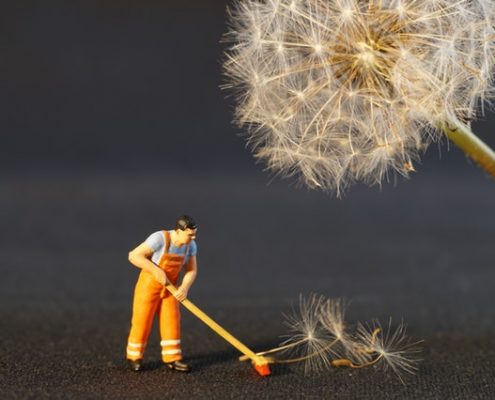 I’m not sure about where you live, but here in New England, the only thing that says “spring” is the calendar. Sure, we have the occasional sunny day, but for the most part, we’re still stuck in the gray, dampness of the seasonal transition.

Despite the inconsistent, yet often raw and cold, weather, it’s time to talk spring cleaning. But I’m not talking about house cleaning here. There’s a far more important area that may need your attention.

Think back to the goals you set or resolutions you made just a little more than three months ago. In fact, think back to the ones you set at the beginning of 2017. I’ll bet there are some repeats from year to year. How did those work out for you? Do you even remember them?

Before you go feeling bad about yourself, know that you’re hardly alone. After all, statistically, only 8% of those who set New Year resolutions actually achieve them, according to a study from the University of Scranton.

But with spring comes renewal! And that could be just what you need to look at your life from a bigger place than those pesky resolutions. In fact, those resolutions are a very small piece of a much bigger puzzle — the puzzle that is the vision you have for your life.

So what path are you currently heading down? Does the direction you’re heading in light you up? Does it represent who you truly are at a soul level? Might it be time to take a different turn, even if you don’t know exactly where you’d like to be headed instead?

Changing directions can feel like admitting defeat or like you’re quitting. But maybe, just maybe, you’re not allowing yourself that new dream because you feel the old dream has to be achieved first, even if the old one is one you couldn’t care less about.

How long will you continue to push yourself toward something, trying to make it fit?

Lena has spent much of her life pursuing acting. And she has been quite successful at it, performing on stages around the world, attending fancy events, and rubbing elbows with A-listers. And she knows she could take it even further, but she’s just not feeling it anymore. And truthfully, hasn’t been for a while. But she’s been chasing this dream most of her life and it’s who she knows herself to be.

These days, she much more passionate about very different pursuits — things like sewing, gardening, and music, simply for the love of playing. In fact, her life vision today points toward teaching embroidery.

Lena struggles to let go of the actor persona and embrace her developing passions of crafter and maker. She doesn’t know how she can possibly speak that truth with the same impressive vibe as she does when she shares that she’s an actor. She fears she won’t be nearly as cool or interesting.

It’s easy to say “who cares what other people think,” but as long as she thinks her current passions aren’t significant enough, she’ll always fear others’ response. Because, someone we’re always rubbing elbows with is our little friend, “projection” — a quite valuable tool when you use it to understand how YOU really feel about something.

And therein lies the real clutter that’s calling out for Lena’s attention — her self judgment and her belief that people will only want to be in her life if she is socially sexy and intriguing. Who she is can’t possibly be enough, right?

Lena has decided to call BS on that whole situation and is now taking courageous steps toward loving herself for who she is so she needn’t look to others to make her ok. She is spending quality time with herself while being very selective about who is worthy of a spot in her life. As a result, she is pursuing her maker dreams with vigor and — not surprisingly — is enjoying the idea of performing in a way she never had before. Because she’s learning how to do it on her terms.

So why is it so difficult to honor our true desires? Are we not enough being who we are that we feel we need to add a lot of icing on the cake to be palatable?

Anytime you choose to do something different, you’ll likely be faced with this same dilemma — Does what you think of you matter more than what others think of you? Can you give yourself permission to be fully you even if it means leaving an old version of you behind?

If you find yourself at a similar crossroads — something Seth Godin refers to as “The Dip” – a time when when you need to decide whether you’ll carry on or abandon ship, give this a try:

Spend a Pomodoro® round or two this week completing this 3-Month Vision Worksheet (click to download) to see if the current moves you’re making are aligned with where you really want to go.

If you find you’re pursuing an expired idea, spend another round brainstorming steps you can take to support your newly-identified path. Consider this format as you do: 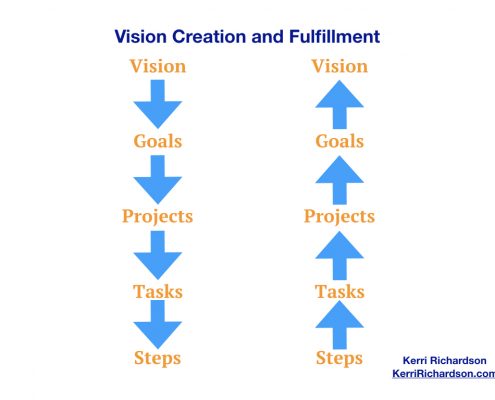 Starting with your newly-drafted three-year vision, identify what goals you’d need to accomplish in the next year to make significant progress toward that vision.

Next, list the projects that are involved in those goals.

Then, the tasks you’ll need to complete to finish those projects.

Finally, break the tasks down into what I call “stupid, small steps,” — steps that are so doable that little to no resistance bubbles up as you consider them.

Once you have all of those drafted, now travel back up the chart. As you take the steps, you complete the tasks that will result in you finishing the projects.

With those project finished, you will then have accomplished your year-long goals, moving you much closer to your three-year vision.

Putting your dreams into action is a must. You need to do take some physical steps to make them a reality. As much as we’d like it to, wishing won’t get you there. In fact, that powerful, universal force that is waiting in the wings to support you doesn’t take kindly to lip service.

You can talk about your dreams all you want, but it isn’t until you take action that the universe’s ears perk up. And the more steps you take, the more that force rallies for you and conspires in your favor. This is how you get into that fabulous-feeling flow.

So are you ready? Get going on your 3-month vision here!

The Power of Stupid-Small Steps
Scroll to top