MY CLIENT, Anita*, wanted to deepen her friendships and fall in love, but she couldn’t find the 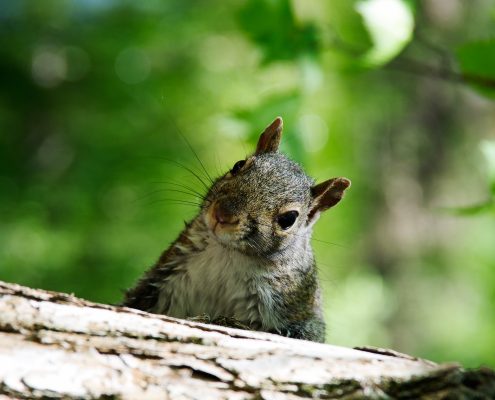 time to work on either. She was too busy managing work demands, and when she wasn’t doing that, she was caught up in frequent family drama.

Whenever clients tell me they don’t have time for their goals, the first thing I want to know is what is clogging up their schedules. Starting at this obvious clutter spot is the fastest way to get to the real issue because it’s never about a lack of time.

Anita told me her mother and sister called on her for a lot for things that they could have easily handled themselves, and even though it annoyed her, Anita always answered the call.

This was a good place to start. She began retraining her family by not responding to their texts as quickly and by telling them she wasn’t available to help with the insignificant things they called her for. We also crafted a kind yet firm script of sorts for her to use to set further boundaries with them.

She and I were both surprised by how well her family adjusted to this new dynamic. Anita was thrilled!

“Well, that was easier than expected!” she said.

“It sure was,” I said. “Usually families need lots of reminders before boundaries take hold.”

We were off to a promising start!

We then moved onto her business and brainstormed ways she could streamline processes to make things run more efficiently, requiring less busy work on her part. Anita implemented more and more systems and found herself with some long-desired freedom.

As we talked about all the fun things she could now do with friends, I noticed her speaking with half-hearted enthusiasm.

“I’m surprised you’re not more excited,” I said. “Having this kind of time and flexibility has been your dream!”

“I am excited,” she said, “but I kind of feel like I’ve drifted away from my friends. They don’t have the same freedom to jet off on an impromptu getaway as I do. They also don’t seem as interested in going after their dreams the way I am so it’s as if we don’t have a lot in common anymore.”

“Well, that sounds a bit pompous, but kind of, I guess,” Anita said.

“It’s not pompous at all,” I said. “You’re just no longer where they are as far as interests and ambition go.”

She was over the bar scene and instead wanted to travel and spend time learning and growing. This doesn’t make her “better” than her friends. Just at a different stage of life.

“But without them,” Anita said, “who will I spend all this free time with? It’s not like I’m married or even dating someone.”

And with that one question, the real reason for her clutter was revealed. The time rescuing her family or spinning her wheels with inefficient systems at work was a convenient way for her to not have to face the fact that she was lonely. She wanted to be in a relationship but wasn’t. She wanted friends who inspired and challenged her, but didn’t have any.

“OK,” I said, “now that we know what’s really going on with your cluttered calendar, we can address the core issue.”

I had Anita brainstorm a list of hobbies she’d like to explore. I also had her draft up an ideal friend profile so she’d be clear on what she was looking for. As she became involved in new activities, she met people with similar interests who quickly became friends. She also learned to enjoy her own company while taking some relaxing solo trips. And she met a great guy unexpectedly at an event she almost didn’t attend!

Does it sound a bit like magic? I mean, could all of that really have happened for her that quickly? Yes, because this is how clearing clutter can change your life. When you figure out what your clutter is really trying to tell you and why you might be using it to stay stuck, you can then find ways to heal and nurture those deeper needs so you don’t have to use clutter as a crutch anymore.

Now it’s your turn to look at where you’re feeling stuck in your life. What’s getting in your way? What’s stopping you from going after your dreams? Do you keep yourself busy to avoid the real issue? Might you have to face the fact that you’re unhappy in your marriage? That you want out of the family business?

When you begin to clean up these top-layer issues, you’ll start running out of excuses. Then you’ll have no reason to not take action and maybe that’s scary. And it’s that fear that’s the real clutter you need to sort out.

What you think is the problem is just a symptom, and when you clear the symptom (clutter), you uncover the truth. And that’s when you can make some real progress.

If you want some help, I’d love for you to join me for my Clutter Buster Video Course. During our five weeks together, I’ll help you eliminate physical and emotional clutter while making sure we’re tending to the heart of the matter. Then you can finally start taking action and change your life. We start on Monday.

I promise you why you think you’re stuck is not the real reason. There’s more to it. Let’s excavate it together. Click here.

*Not her real name.

The Perks of Being Picky

The Hidden Joys of the Journey
Scroll to top