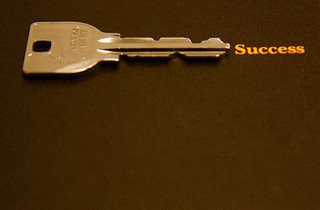 [dc]L[/dc]ook at that asshole flying down the road,” my friend, Rob, says as we’re driving on the highway. “Must be nice to afford a car like that.”

“Didn’t you mention wanting that car?” I asked.

“No way. That’s a BMW. My car will be much sweeter than that.”

“Hmm, not sure how quickly that’ll happen if you keep judging people with nice cars,” I said with a smirk. 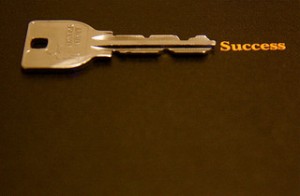 Sure, my friends may, at times, grow tired of my LOA (law of attraction) approach to things, but they still put up with me. I’m well aware that not everyone shares my way of thinking, and I’m cool with that, but my friends also know that if you say that kind of shit in front of me, that’s the response you’re gonna get; at least most of the time. Sometimes I just like to bitch, too.

But let’s explore that little exchange a bit. If Rob really, really wants a snazzy, fast car, is bashing those who have one really the best way to get there? In my opinion, somewhere in his subconscious lives the fear that he’ll be judged just as harshly as he judges others, so he unknowingly keeps himself from having that which he desires.

Instead, by celebrating others’ fortunes – in any aspect of their lives – you not only get to feel their joy, but you also draw joy closer to you. It really is that simple. Where it gets complicated is in all the filters through which you see experiences.

For example, say you have a friend who seems to always be handed whatever she wants in life without any perceived hard work or struggle. Because you truly have no way of knowing what she went through to get to this point in her life, you are imparting your beliefs onto her situation. Even if, say, she comes from an extremely wealthy home and her parents spoil her with material things, she may, in fact, feel unloved and neglected emotionally. Bottom line: Everyone has a story they’re operating from. Including you.

So much of your happiness in life is tied to your mindset. If you operate from a place of scarcity, scarcity is most likely what you’re going to get. That kind of thinking locks you into fear-based mode, making it difficult to be committed to success and change or to take any action.

There’s a common expression, “You have to see it to believe it.” I think it’s the reverse – you have to believe it to see it. If Rob believes that it’s inevitable that he will get his car, then he begins living his life from that mindset. He begins to automatically move toward that goal.

Don’t think for a second, however, that “woo woo” is magic. By stating what you want doesn’t mean it’s just going to fall on your lap. Living life in the LOA mindset would mean Rob would be consistently looking at ways he can tweak his business to improve profit, at how he spends his money currently (responsibly or frivolously), at whether his personal relationships fuel or drain him, etc.

That’s the real secret behind this LOA thing – the “attraction” piece is directly correlated to how you’re living your life; not to what’s on your wish list. You want to set yourself up to receive your wish in an intentional way. That’s the piece of “living as if…” that you hear about in LOA talk – living as if what you want is coming your way every day; preparing for its arrival. You have to take action. That’s the key to success.

Take a moment to consider your MO in life. Answer these questions:

It’s time to start operating “as if…” Assume the best instead of the worst and I bet you’ll be pleasantly surprised! Some in the LOA world say “live as if what you want is already here,” but I find that can trip some people up. I once had a client say to me, “I want a ton of money, so should I be behaving as if I already have it?” Um. No. Not if that means a crazy spending spree! Instead, that client could live as if she’s already so financially responsible that she easily welcomes in abundance. See the difference?

OK, you’re up. How does this concept apply to your life and way of thinking? Are you someone who has seen the benefits of a prosperous mindset? Do you feel like you’ve struggled to have your day in the sun? Let’s continue our convo below in the comments.

The Power of Standing Tall
Scroll to top