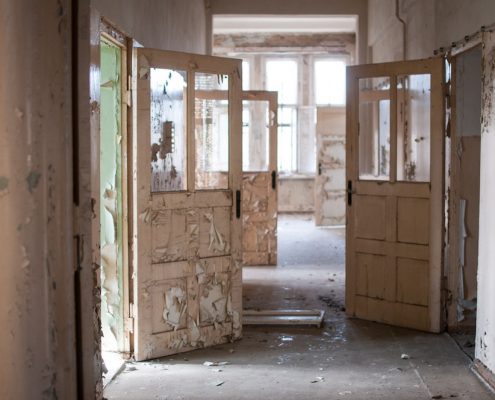 Have you ever gathered up donations only to have them sit in your house, hallway, or car for days, weeks, or months before sending it on its way?

You have the best of intentions, you made great progress, and then, Wham! You slam on the brakes.

What’s up with that?

As you’ve likely heard me say, stubborn clutter is almost always an indication of a non-clutter issue. Well, at least a non-physical clutter issue.

Could you be hanging on to the items “just in case?”

Maybe you’re succumbing to IMNTSS – I Might Need This Someday Syndrome?

There can be something comforting about leaving ends loose; about not seeing something through to completion. Doing so keeps doors open and gives you permission to change your mind. It also alleviates your fear of potentially making the wrong decision.

But you know what this results in? “Possibility” clutter.

A lack of follow-through on removing what stands in your way of living out loud is a lack of commitment to your life; to your dreams; to your goals.

Instead, it’s a commitment to maintaining the status quo. Of continuing to run on the hamster wheel of life, and never making any marked changes to the same old, same old.

If you say you want to take your life in a different direction but never travel down a new path, your actions don’t match your intentions and the universe is gonna call bullshit.

All this is not to help you beat yourself even more! Instead, I want to help you see the “why” behind your inaction in a different way so you can learn from it.

What if there’s actually a benefit to going around in circles?

Maybe there’s a payout to not dropping off those donations. Yes, really.

See if any of this ring true for you:

Any of the above is an example of what I refer to as “the message in the mess.” Investigating the “why” behind not doing something can be telling about where your fear is in charge; where your old beliefs are playing out; or where your life instruction manual needs upgrading.

We’re conditioned to believe that our worth is defined by what we do rather than who we are. Being busy might be a socially admirable trait, but it can be a personal nightmare. By keeping too many plates spinning or too many loose ends untied, you distract yourself from the most important work — that of making and keeping space for abundance to come to you in all its forms.

Does that influx of abundance sometimes require scary steps? Absolutely. And it’s in that scary stuff that all the juicy goodness lies.

And results in the same outcome.

What do you think might be getting in your way of seeing things through to the end?

Join the conversation in the comments below.

How to Finally Say Goodbye to Sentimental Items

How to Up Your Gratitude Game
Scroll to top