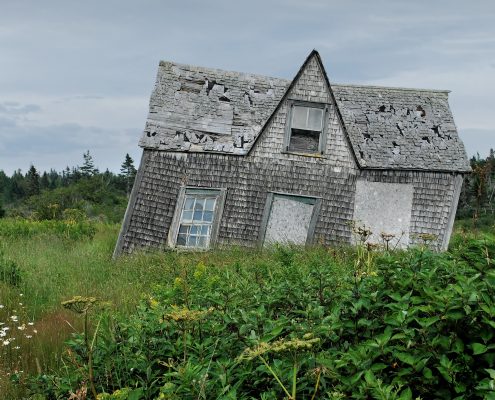 “Once I find a free weekend, I’ll get my garage sorted.”

“It’s silly to email my readers until I can commit to doing it weekly.”

“I had a donut for breakfast so I guess today’s healthy eating is out the window.”

Does any of that sound familiar to you?

If so, welcome to the Perfectionist Club.

Despite wanting so badly to make changes in your life, there’s a little part of you who would much rather stay put — though she doesn’t always feel so little!

Although I am not a card-carrying member of the Perfectionist Club, my wife, Melissa just might be the president. Oh baby, have I seen it throw some wrenches into her plans!

She has always had high expectations of herself, which isn’t a bad thing, of course, except when they’re completely unrealistic. Then these expectations become a looming, harsh critic, and who wants to work under those conditions?

Likely born out of a lack of control when younger, from a parent’s high demands, or an atmosphere of competitiveness, perfectionism makes self-love transactional — that you’re not good enough unless you do everything just so.

You may think that you simply want the project to be perfect, but what your younger self hears is “You have to be perfect.”

And to complicate matters even more, guess who is perfectionism’s best buddy? Procrastination. They’re like tag-team wrestlers taking turns tossing you around.

Let’s say you want to improve your health but you put off exercise because perfectionism is telling you 30 minutes isn’t enough to get in a good workout.

So you procrastinate some more, beating yourself up while doing so.

When you’re annoyed enough with dragging your feet that you’re ready to take action, in comes perfectionism again to tell you why now isn’t a good time.

Both perfectionism and procrastination are go-to tactics for your resistance to keep you stuck. But believe it or not, neither really wants to sabotage you.

By gently guiding your fear into “good enough” territory, she will begin to see that you have her back and that your love for her is ever-present.

Stumbling and flailing along at times is a necessary part of the journey. It’s in those clumsy moments when you can learn a lot about yourself, and you can actually relax after knowing that imperfection isn’t nearly as bad as you thought.

In fact, in some cultures, flaws are valued.

“In traditional Japanese aesthetics, wabi-sabi (侘寂) is a world view centered on the acceptance of transience and imperfection. The aesthetic is sometimes described as one of beauty that is ‘imperfect, impermanent, and incomplete.’” — Wikipedia

It’s sort of like when you get that first scratch on your new car. It’s infuriating at first, but then there’s a sense of relief that it’s over; that the car is no longer in perfect condition so you needn’t worry so much about it. OK, maybe that’s a stretch, but you get my drift.

The bottom line is, with all or nothing thinking, nothing always wins, and some action is better than no action. And in honor of that, I present you with….

This week, I want you to look for ways you can intentionally do things less than perfectly, yet still do them.

Listen for that inner voice telling you to do more, go faster, or bail all together, and then challenge it. Help your fear see that nothing catastrophic comes as a result of “good enough,” and in fact you can actually feel freer.

Finally, here’s a secret (but don’t tell perfectionism): This trait isn’t all bad. Perfectionists tend to be very organized and detail-oriented and those are some great qualities.

So perfectionism isn’t always clutter, but you need to sift out what’s working and what’s not.

How does this behavior add to your life? If it leads you toward healthy excellence and makes you feel proud, it isn’t clutter.

But if it’s stopping you from even getting started, it is.

It’s up to you to determine which is which.

Now I’d love to hear your take on all of this.

Will you be taking on my Half-Ass Challenge?

Is perfectionism a tool of choice for your fear?

Join the conversation in the comments below.

If You Love Me, Don’t Leave Me Your Crap

Shutting Down the “Shoulds”
Scroll to top