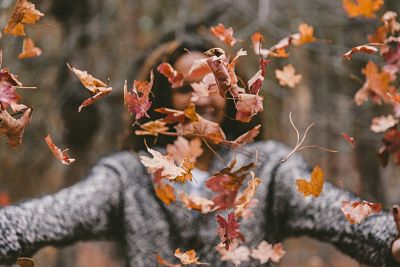 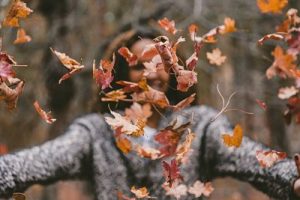 How are there only six weeks left of the year? Man oh man, where does the time go? I hope you’re easing into the holiday season with little stress and a good plan to enjoy this often-busy time of year. For tips on making time for what’s most important to you, check out the blog post I wrote last year titled How to Keep Your Holiday Calendar Clutter Free.

For the past couple of weeks, I’ve been writing to you about putting gratitude into practice by intentionally performing acts of kindness and donating items you no longer love, need, or use to those who would be glad to have them. Now it’s time to kick up the kindness toward yourself.

A student in my Clutter to Clarity course shared how she treats things she likes to do as a reward for having done the not-so-fun stuff. The problem, however, is that the day is over before she knows it and she never gets to the good stuff.

What if the not-so-fun stuff could actually be more fun if she had her treats first? I challenged Suzanne to start the next day with her indulgence and then handle the tasks, errands, and projects on the calendar.

At first, she made an “Are you kidding me?” face, but then gave in.

The next morning, after some self-doubt and shoulds, off she went swimming. And the result was just as we’d hoped! She felt both energized and relaxed (such a powerful combination!) and went about her day with motivation and ease. She felt so connected to herself and much more present, and after getting everything done she had planned, she was surprised to learn how much time she had left in her day.

This “eat your dessert first” thinking probably goes against your nature, or should I say societal training, but there’s really something to it. When you fuel up with pleasure and joy, you have much more in the tank to give to the otherwise laborious requirements of life. In fact, taking exceptional care of yourself can be a powerful catalyst for clearing any clutter in your life.

I shared a story in my book, What Your Clutter Is Trying to Tell You, about a man named Brian who was unhappy in his marriage and had been for a long time. To numb his feelings, he turned to online shopping. Whenever another box arrived at his doorstep, he got a nice dopamine hit that helped him momentarily forget about his situation.

He’d think about asking his wife for a divorce, Brian felt he had to get rid of a bunch of stuff first so he could easily move out after he spoke to her. But because he kept adding to the piles through shopping, he would quickly get overwhelmed by the size of the job and put it off. Not to mention he had no energy left to get rid of stuff after being depleted by his miserable home life.

He found himself in a vicious cycle—wanting to leave his marriage, feeling like it’d be too much work, buying something else to numb out (resulting in having more stuff to get rid of), and finding himself back at the beginning.

Knowing that this wasn’t working for him, I suggested he take a different approach. What if he asked for the divorce before getting rid of a single thing? He did and you know what happened? His compulsive online shopping stopped. He began selling, donating, and gifting items easily, and he made quick progress on starting the next chapter of his life.

While asking for a divorce may not seem to fit in the “eating your dessert first” category, taking that stand for himself was such good self-care that it untied the energetic knot that was tethering Brian to the clutter all around him. He was telling himself that he had to “snap to” and get his stuff cleared before he could have the relief of divorce, but making moves to initiate the split was just what he needed to get his stuff cleared.

This week, think about what joy you’re putting off until you have the time or until you’ve wiped out your to-do list. Instead, bump the fun to the top of the list. By doing so, you may just find, like Suzanne, that the tasks you’ve been dreading aren’t so bad after all.

How To Find New Homes for Your Stuff: A Resource List