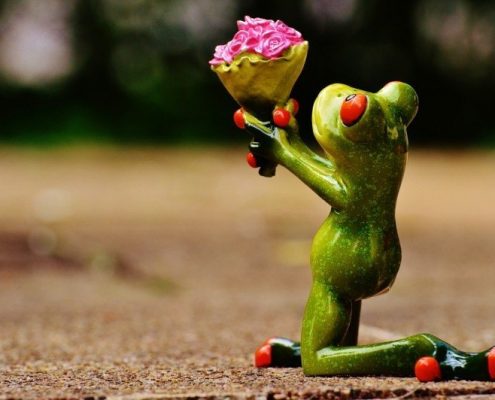 Picture this: You’re at a gathering and you’re chatting it up, having a grand old time. As you glance over to the door, you see HIM walk in. Your eyes grow wide. You haven’t seen him in years. And the last time you did, things did not go well. Yikes, this could get uncomfortable.

Does a certain person come to mind as you imagine the scene above? Maybe an ex-boyfriend or girlfriend? An old friend? Past colleague? Boss?

Off the top of my head, I can think of four people I’d rather not see: two I REALLY don’t want to see and two with whom I could more easily navigate the awkward encounter. And while I haven’t seen any of them in years, the fact they came to mind tells me I have some relationship clutter to tend to.

Not only are these loose ends taking up precious energy that could be put to much better use elsewhere, but these people are also crowding the relationship seat in your life, getting in the way of deeper friendships, more loving romantic relationships, and healthier family dynamics.

This is clutter you probably didn’t even know you had. You’re welcome. 😉

This Valentine’s Day, how about giving yourself the gift of cleaning this up?

It’s all about forgiveness.

Rarely an easy task, forgiveness requires an open heart and an open mind.

And a willingness to hang out with some uncomfortable feelings.

Forgiveness doesn’t mean to simply drop it and move on. If you can do that, great! Go for it. If not, give this a shot (and I’ll be doing the same):

I think of something Nelson Mandela said as he was leaving prison:

“As I walked out the door toward the gate that would lead to my freedom, I knew if I didn’t leave my bitterness and hatred behind, I’d still be in prison.” – Nelson Mandela

If Nelson Mandela can forgive his captors and torturers so he could truly be free, surely I can forgive, too.

And so can you.

Is Your Brain Wired For Negative Thinking?

A Sentimental Journey
Scroll to top