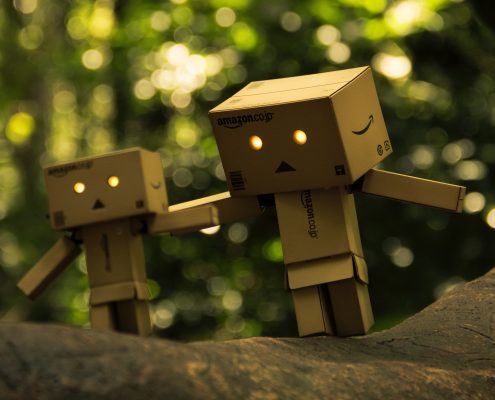 Do you ever feel restricted by a box someone else put you in? Or a label that feels more like a leash? I’m wrestling with this right now.

June is LGBTQ Pride month in the US, commemorating the Stonewall riots in June of 1969. This year, for the first time on U.S. soil, WorldPride will be held in New York City in addition to NYC pride.

Barnes & Noble Booksellers is having a special float with a display of 50 of the most influential books in LGBTQ history and I’ve been invited to march alongside with other authors who are a member of the LGBTQ community or have written about LGBTQ issues. While I have accepted the invitation, I must admit, it stirred things up for me.

When I came out to the first member of my family, I said: “I fell in love with someone and she happens to be a woman.” My sister got what I meant immediately. “That makes a lot of sense.” (She also added, “Our family is already pretty cool, but we just got cooler!”)

The words I chose with her felt way more authentic than when I spoke to my mother and said, “I kinda think I might be gay.” Yup, it was that clunky. And it was clunky because I’m so much more than a woman who is married to a woman. My relationship, while significant, is only part of who I am.

You see, I’m not a fan of labels or boxes and as such can sometimes feel like I’m not pulling my advocacy weight as someone in a same-sex marriage. While I’m incredibly grateful and proud of the strides the trailblazers who came before me made, I’m just not one to wear rainbow pants or wave a flag in a parade. (But I fully support those who do!)

Instead, I honor the courageous women and men and those of us who still face persecution by living my life openly and authentically. I speak up and educate wherever and whenever I can. I do my best to show others that our similarities far outweigh our differences. It’s those similarities that get lost with labels.

Once you’re put in the box of mother, business owner, lesbian, Latina, handicapped, or any other label, preconceived notions come along for the ride.

You’re probably this and not that.

You should do this but not that.

You’re expected to behave this way or that.

Before you know it, your entire identity is defined by this one, albeit large, facet of who you are.

The more we pigeon-hole each other into categories, the more disconnected we become. And disconnection makes it easier to hurl insults and fists. To counteract this, I like to make a point to talk with someone different than me. Learn about them. Ask lots of questions. Listen twice as much as I speak. For a great resource to do this yourself, check out the Human Library and see if there’s an event in your area. If not, inquire about how to get one going.

As I reflect on the three-year anniversary of the Pulse nightclub shooting in Florida where 49 people were killed and more than 50 others injured simply for being generalized and in a place where they felt safe, I realize we have a long way to go toward love, acceptance, and business-minding (as in mind your own!). And so, I will march in New York City on June 30, and I will join in the celebration, with Melissa, in my own way.

Bras, markers, and shoes — don’t throw them away!