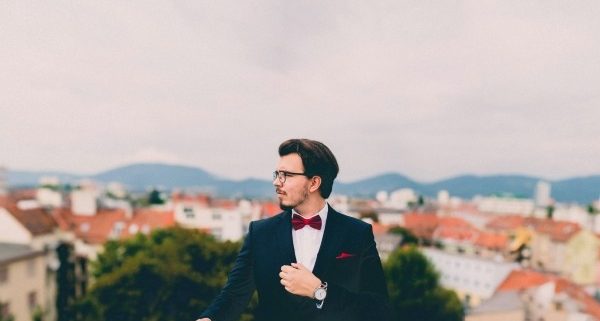 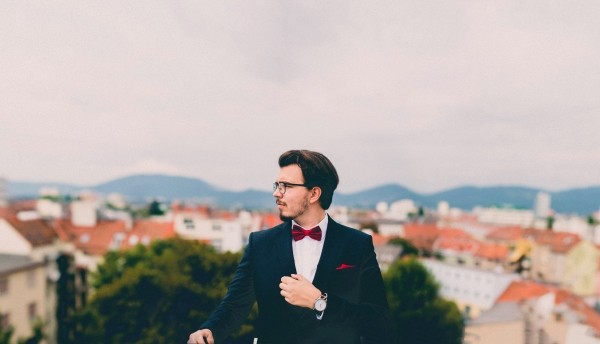 Could you ever imagine that the clothes hanging in your closet could be getting in the way of you losing weight? Growing your business? Finding love? Yup, these are just some of the fascinating effects clutter can have on your life.

Think about what’s in your wardrobe. Do some clothes remind you of times you’d rather forget? If so, keeping these items makes it difficult for better times to come along, particularly in the area of your life that the item represents.

Let’s say you still have your ex-boyfriend’s sweatshirt or the comforter from when you lived together. The old energy wrapped up in these items is taking the space in your life where a new relationship would be. It’s as if your relationship seat is already occupied.

My client, Mark purchased a custom-tailored tuxedo for a fund-raiser he attended with his longtime girlfriend, the coordinator of a nonprofit organization. Unfortunately for Mark, it wasn’t only funds that were raised that night: allegations that his girlfriend was messing around with a coworker were also raised—by the co-worker’s wife.

Ever the gentleman, Mark saw the event to the end and waited until they got home to ask his girlfriend about the rumor. As her shoulders sank and her eyes dropped to the floor, he had his answer.

Even a year after breaking up with her, he still felt sick to his stomach every time he looked at the tuxedo. It reminded him of her betrayal and lies.

Part of our coaching work together focused on Mark’s desire to get married and have a family. He had been dating, but nothing was working out. Naturally, he was gun-shy and found it difficult to trust. Although he had been working on moving past the painful situation, he felt blocked.

“Have you ever thought about getting rid of that tuxedo?” I asked Mark.

“Have you worn it to other occasions since the fund-raiser?”

“No. I’ve had a couple other opportunities to, but it pisses me off to look at it.”

“So, it fits like a glove physically, but energetically it’s suffocating you. What if having that tuxedo hanging in your closet is botching any possibility of meeting Ms. Right?”

Mark was skeptical that one thing could have anything to do with the other, so we took a baby step and had him store the tuxedo away so it wasn’t in his face every day when he got dressed.

After he did, he realized that he had been tensing up before opening his closet doors, but now breathed a sigh of relief when he didn’t see the tuxedo hanging there.

He also had a couple of promising dates once he put the tuxedo in storage. Maybe it had been affecting him more than he’d realized.

“It’s crazy to think an inanimate object could prevent me from meeting someone great,” he said.

“It’s not the tuxedo that’s keeping her away. It’s what it means to you. The tuxedo is a physical representation of your pain and your ex-girlfriend’s betrayal. No matter how brilliantly it fits your body, it no longer fits your soul.”

I encouraged Mark to keep his eyes and ears open for opportunities to pass the tuxedo along. Perhaps he could consign it or donate it to a charity.

The very next week, he learned that his company had teamed up with a local school to coordinate formal-wear donations for underprivileged kids who wanted to go to the prom. This was a cause Mark felt particularly close to because he hadn’t been able to afford a tuxedo for his prom.

And there it was: validation from the universe that it was time to pass the tuxedo along.

Mark’s skepticism was now out the window, and he was eager to get rid of more draining clutter. Five months after donating his tuxedo, he met the woman who is now his fiancée, and he is happier than he’d been in a long time.

Does it sound too coincidental? Perhaps, but that charity drive was going to happen whether or not Mark was thinking about getting rid of his tuxedo. But because he was focused on finding a new home for it, he noticed the information about it. On any other day, he might have missed the announcement entirely because it wasn’t on his radar.

You know when you learn a new word and you suddenly see it everywhere? Same thing. That word was always going to be on that sign or in that book. Your new knowledge of it didn’t suddenly make it appear there. The difference is that you noticed the word because your focus was attuned to it after your having just learned it.

This is how opportunity works. It’s always nearby waiting for you to accept it, but with clutter in your life, it’s hard to see.

So what will you get rid of today?

I wish you space and clarity,

A Chance for a Do-Over

Is a Capsule Wardrobe for You?
Scroll to top