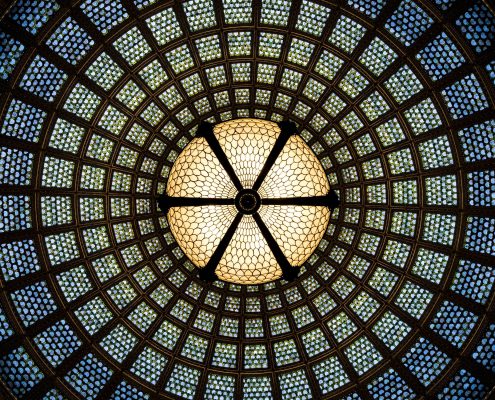 Last week, Melissa and I began work on a new household budget. Yes, it was as fun as it sounds, and it also took me on a ride I never anticipated taking. Buckle up.

Money can be such a heavy topic, amiright? One that we’d much rather avoid, particularly when it comes to looking at how much you have coming in versus how much you have going out. I don’t know about you, but I’m often tempted to turn a blind eye.

But I’m also well aware of how abundance works: ignore your money and money will ignore you.

Knowing a revised budget is needed, we dove in. We started by evaluating our monthly subscriptions. Isn’t it cray cray how easy it is to accumulate subscriptions these days? Eight bucks here, $19.99 there. Those little suckers add up! But I digress.

We evaluated my monthly business subscriptions and found a couple about which I can investigate more cost-effective alternatives. We then moved on to the personal ones and determined we could cancel a digital subscription to a newspaper I wasn’t reading and that we could consider uses Google docs more allowing us to cancel Office365.

Then Melissa asked about my Weight Watchers membership. Did I want to cancel it or keep it?

Ooh, child, I felt all sorts of shit bubbling up to the surface. It’s no secret to either of us that I wasn’t using the program and therefore wasn’t benefitting from it. Unless, of course, there’s a prize for who can gain the most weight while doing it. But what’s the big deal? It’s just $20 a month. I’m not using it, so get rid of it. Easy, right?

I was silent after Melissa posed the question. The only communication I offered was a grimace across my face.

“What’s that face for?” she asked.

I grimaced harder because I wasn’t quite sure yet. I just knew I felt a swirl of emotions in my body.

I closed my eyes, took some deep breaths and asked my resistance, silently, what was going on.

If I agree to cancel it, then I’m fully throwing in the towel and officially giving up.

And there it was. The message in the mess. Or at least part of it. It’s pretty incredible what your clutter will tell you if you just ask.

I was kidding myself into believing I still had a foot in the game so long as that app was on my phone. After all, I could decide to track my food one day, or I would at least have the option of logging some activity on there. And it allowed me to not fully face the truth of how off track I am with my health.

As I unpacked my resistance a bit more, I also discovered that this membership felt like my last connection to the town I lived in before moving to southeastern Connecticut. Every Wednesday, I’d go to meetings and see my “WW friends” as I called them — mostly older women who made me feel like I was in a room of loving mothers. Occasionally, we’d get together for a walk through the beautiful state park near my house, encouraging each other to keep going or walk faster.

Oh how I loved living there. Newburyport is a special little city on the coast of Massachusetts up near the New Hampshire border. It has the most quintessential New England downtown and a community of people who vibe on my level. Where we live now feels far from that, but I can’t know for sure as I intentionally haven’t integrated myself here since the plan was for this to be a temporary stop.

We moved down here to be closer to my brothers-in-law who are in the trades and had offered to help us build our tiny house. We estimated about eight months or so and then we’d be on our way. But there’s been delay after delay, challenge after challenge, and disappointment after disappointment, and here we are more than two years later.

Oh for the love! Even typing “two years later” makes my stomach drop. Suffice it to say, I’m discouraged and frustrated.

So clearly there’s much more to cancelling this membership than I thought. I never expected Melissa’s simple question to send me down such a rabbit hole, but as I climb out the other side, I’m reminded of how much lives within clutter — physical, mental, emotional, or financial.

What started as identifying an outdated expense turned in to the unraveling of my resistance to living where I am. And I can now see that this monthly fee for a membership that represented a time of such joy in my life is actually part of the reason we’re still stuck in a location we have no desire to be in anymore.

It’s as if the energetic cord I need to plug in to our next adventure first needs to be unplugged from the previous one.

Whoa this clutter stuff is big, right? You think it’s about one thing but it’s about a whole lot more.

Instead of living in the past or dreaming of the joy that will come in the future, my hesitation to cut that membership cord tells me it’s time to create more happiness now. Right where I’m at. To no longer put my life on hold until our build is done. Only then will I be free to move on.

I’m curious, where in your life are you hanging on to clutter that might be preventing you from moving your life forward? What is it time to let go of that you find you’re hesitant to release? Let’s talk about it in the comments below.

Oh and I ended up not only cancelling the membership, but also turning over the admin responsibilities and leaving the Facebook group I started for those who attend those Wednesday meetings. And while I may not see it yet, I just know that doing so will help us finally wrap up our tiny house build and get on the road.

When Clutter Is a Convenient Distraction