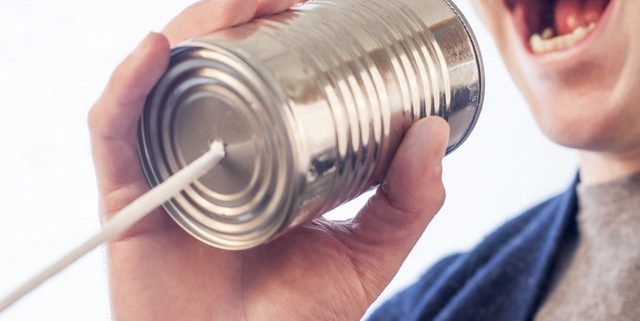 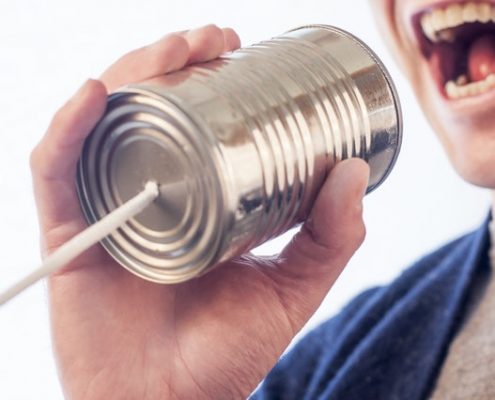 Yes, really. I know it sounds ridiculous, but you’d be surprised what you can learn about yourself from talking to your clutter.

Natalie* is a participant in one of my current clutter courses and she was having trouble letting go of some of her mother’s items. Her mom passed away four years ago, and in addition to a treasured piece of jewelry, Natalie ended up with some random things that no one else wanted. She was keeping them stored in a box on the top shelf of her closet.

She found herself see-sawing between feeling aggravated by having to shift the box around when she needed to retrieve something and waves of guilt for feeling annoyed by it at all.

Natalie mentioned how she has taken that box down and put it back on the shelf about 20 times over the last four years. She lifts it with excitement to finally go through it and clear it out and then tells herself she can’t possibly get rid of any of it.

“Is it that you feel you have to keep those things out of respect for your mother?”

“Maybe,” she said. “I don’t know. It feels like there’s something else going on, but I just can’t put my finger on it.”

“Have you considered opening the box and asking the items what they’re trying to tell you?”

Natalie let out a nervous laugh.

I challenged her to schedule one Pom round in her calendar and, when the time came, to take the box down, grab her journal, and sit on the floor (doing so is such a great way to quickly ground your energy).

“Then open the box and begin sifting around inside,” I told her. “This will stir the energy and wake it up a bit.”

Natalie’s next step was to open her journal and say, out loud while looking at the items in the box, “Ok, what’s up? What do you need me to know before I can let you go?” and then start writing. No censoring. No questioning. Just let it flow.

I find it takes about two or three pages in my journal to shift the writing from my head voice to that of my soul, which is where the real wisdom lies. So this takes about 10 minutes or so.

Other great journal prompts to get your clutter talking are:

This technique works with all types of clutter, not just physical.

Let’s say you’re considering declining a friend’s invitation for dinner because she kinda drives you nuts, but you feel bad saying no. Is the relationship truly clutter that needs clearing? Maybe a good boundary will do? Is it time for a heart-to-heart? Use the same three questions above to investigate what you’re meant to learn from this relationship.

Or maybe you’d like to lose a few pounds of weight clutter but just can’t seem put down the cookie. Talk to the pounds in your journal. I guarantee, if you write beyond the initial, expected noise that comes out, you’ll discover some interesting gems to explore further.

By doing the seemingly silly thing of asking your clutter what it wants you to know, it’s as if you open up a portal or give yourself permission to see it as more than just a nuisance. Offering the space in your journal as a judgment-free zone invites the deeper message that lies within the mess to come out.

It also sends a powerful message to your resistance/fear/younger self that you care about what she has to say, which then begins to forge or deepen the relationship you have with her. When this magic happens, fewer and fewer things in life seem scary. And when you feel less afraid to step out of your comfort zone, there is nothing you can’t accomplish.

Natalie’s exploration led her to discover that she kept those items because her mother would often tell her how ungrateful she was, and if she got rid of the box, then maybe her mother would’ve been right all along.

Except the real clutter wasn’t the box at all. It was the belief that Natalie formed from her mother’s comments. Once we worked on flipping that old story to a new, empowering one, the box of randomness went bye bye and she felt free and fine letting it go.

Often all it takes to be ready to let go of stubborn clutter is identifying what it represents in your life. Once you take the mystery away or stop making it about something it’s not, it loses its hold on you. Then you can decide from a clearer place whether you’re ready to part with it.

Although the box was small and not taking up a ton of space in her closet, energetically it was encompassing her entire bedroom if not her whole house. Because that’s how powerful clutter is. Because when you’re willing to let go of the tangible stuff, you’re more willing to let go of the emotional stuff. And it’s the emotional stuff that’s the real space hog.

Is Your Clutter Telling You to Set Some Boundaries?
Scroll to top