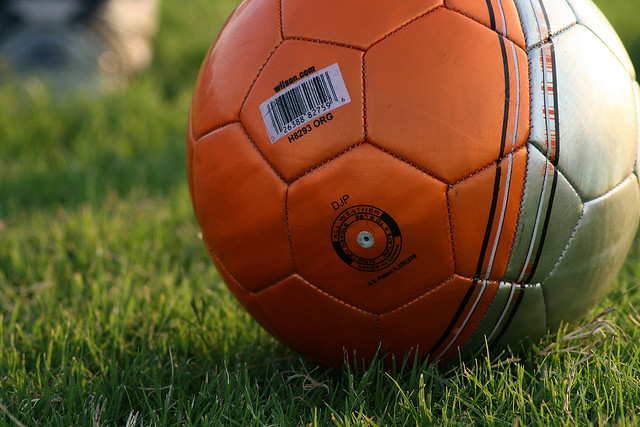 [dc]M[/dc]y friend, Tim, is a special kind of guy. He always sees the best in people and situations, is generous like nobody I’ve ever met, and has a ridiculously fantastic sense of humor. I don’t get to see him as often as I’d like since he moved to Ecuador, so when I do, I savor every moment.

He came home recently for a visit and we went for a beautiful snowshoe hike together. As we were trekking, he shared a story about how he’d finally found a great pick-up soccer game in Quito on Sundays. Tim is super-passionate about soccer. In fact, he played a significant role in my feeling comfortable enough to start playing later in life. 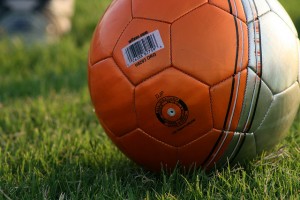 I’ve asked Tim to share, in his words, about his experience that first day at his new pick-up match (he’s in italics), as I was captivated by the beautiful life and relationship metaphors woven throughout. There are lots of spiritual principles I live my life by, and I know you do, too. Don’t you  find that when you see and hear examples of them in action that they can really settle in deeper and become more of who you are? Me, too. And you don’t even have to understand the soccer lingo. 🙂 So here’s Tim:

“When I play soccer with new people, the first person to identify is the center midfielder. This is the player who always wants the ball, who will dribble through three people rather than pass it, and who will give dirty looks to anyone on his team who loses the ball when he’s calling for a pass. He is very good and pretty selfish.

Identifying him is important because my goal is to make sure he gets at least 50% of my passes. In the beginning, when he passes me the ball, I won’t take more than one or two touches before returning the ball to him. Everyone likes to have the ball at their feet so when you’re new, the best way to get people to pass you the ball is to give them the ball back. The center midfielder has the ball a lot, so if he likes to pass to you, then you get it a lot too.

I love how Tim, through his actions, teaches the midfielder how he would like to be treated. My clients will often express frustration to me about the way their boss/spouse/child/friend treats them, and our conversation always goes back to how they have conditioned people to treat them poorly by accepting it for so long. The great news? It’s never too late to re-train the people in our lives, even if that means some relationships have to end. Remember: We teach people how to treat us.

The great internal game is sorting out my teammates. Some like the ball passed to them at their feet. Some like time to make runs. Some like getting the ball in the air to run on to. In general, people pass the way they would like to receive the ball. So if someone likes to make runs behind the defense, then when he has the ball, he is expecting YOU to make a run behind the defense. Someone who makes a checking run expects you to make a checking run. This is perhaps my favorite part of playing with new people: Watching them play with each other, watching how they play, and trying to figure out their preferences. If I do my job correctly, I will run when they want me to run, pass when they want me to pass, and hold when they want me to hold.

What a beautiful example of meeting people where they’re at! Instead of coming to the game expecting others to behave and play like him, Tim observed others’ actions and, through mirroring, met them where they’re at to establish trust and kinship. Doing so communicates an unspoken, “I see you and I get you” message, and few things create a safer place. Practicing this can save you a lot of grief. Think about it: Maybe you’re heading off to a family party and you dread seeing your relative who complains all the time. Meeting her where she’s at doesn’t mean you turn into a complainer. Instead, it relieves you of your possible compulsion to want to “fix” her and help her see the bright side. She can complain and you can excuse yourself to go to the bathroom. 🙂  Meeting someone where they’re at honors them and it serves you.

When you are the new guy in pickup, you don’t have a defined role. You’re not the center midfielder, not the winger, not the defender. In time, as everyone gets to know you, they’ll suggest that you play in a certain position, and because footballers are smart, it will generally be the position you like and are good at. In the beginning though, my job is to take the space that’s open. When I’m in the midfield and someone comes into my space, I find the space he has left open and try to fill that. When he returns, then I switch back or find the next open space. If done correctly, no one realizes this is happening and it makes the game flow much more smoothly. In pickup, if someone runs into your space and you don’t move, then you get in the way. It’s much more fun to constantly be adjusting to the changes around you.

Tim said it best in his last line there. Adjusting to change, instead of resisting it, makes for a lot less suffering and the opening of great opportunities.

Who knew a game of soccer could highlight so many life principles? Now I’d love to hear from you. What metaphors did you identify with in his story? Even if you couldn’t care less about soccer, how can you apply his experience to those in your own life? Please join the conversation in the comments below.

Am I Doing It Right?
Scroll to top