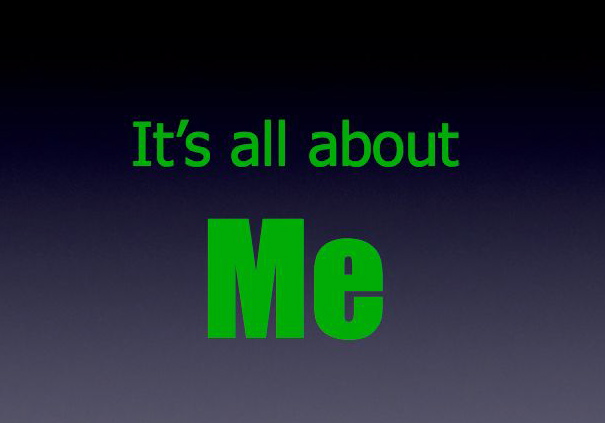 [dc]I[/dc]t’s time to step off the ego-bashing bandwagon. So much advice in the “self-improvement” world is about fighting against your ego’s voice and influence like it’s some sort of demonic entity whose only goal is to make you unhappy. Well, I call bullshit.

According to Freud, ego is the function that relates us to reality; the physical here and now. The ego is associated with reason and sanity, so it isn’t much of a dreamer. Its job is to keep us in check. 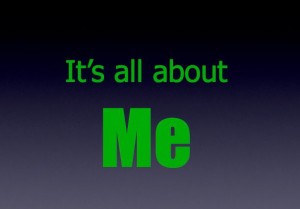 In my world, my “ego” is a sweet, young part of me who is stubborn and believes things have to happen in a certain way, and that any deviation from that is dangerous and bad. But, she doesn’t totally understand the moves I want to make in life, so she wants me to stay right where I am. She has no malicious intent. She’s just afraid.

Thinking of her with this kind of compassion, it doesn’t do any good to shut her down, push her aside, ignore her pleas and move on. That kind of dismissal would just really piss her off and cause a temper tantrum making her not only afraid, but now also frustrated. And by fighting against the ego, isn’t that a very egocentric way to operate anyway?

So when she speaks up (and she’s quite chatty!), I do my best to take it as an opportunity to parent her with tons of love, reassuring her that, in making this change, I have no intention of going all willy-nilly on her or of abandoning her. I remind her that I need her as much as she needs me. While I have the big-vision thinking, without her to keep me grounded, I’d be flighty and ineffective.

Our egos are very much like children. In kids’ worlds, aren’t they the center of the universe? Yeah, they’re walking egos. They just want to be acknowledged and seen. It’s a basic human need we all have. They’re just more outspoken about it.

From time to time, she can get a bit much. She’ll stomp her feet and pout. “No! You have to do it THIS way.” So I try to remember that underneath the frustration is pain, and yes, fear. So I let her know that I hear her, and encourage her to give this other way a try, you know, just for shits and giggles. “C’mon. It’ll be fun.” As long as she feels included and safe, she’s on board.

In operating this way, my ego and I are a pretty powerful team, so I’m gonna keep on lovin’ her, throwing my arm around her shoulder instead of pushing her away, and reminding her that we’re in this together, and that our common goal in life is a ridiculous amount of joy.

OK, you’re up! What are your views on ego? How does it play out in your world? How does it help you? Hinder you? What’s a new way you could look at that part of your lovely self? Let’s hear it in the comments below.

It’s All About Perspective