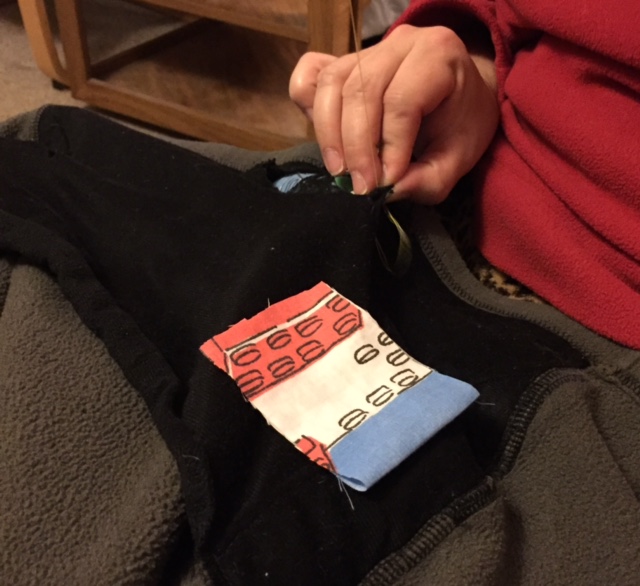 This week I had to say goodbye to something very special to me. It’s been in my life for 26 years and has provided countless hours of comfort.

I wasn’t even the first one to hold it dear. It had a whole life before me, offering the same comfort to a young boy (Melissa’s brother) before finding its way to me. Luckily, it was packed among Melissa’s things as she headed off to college. She jokes that the only reason I married her was so it would be mine. 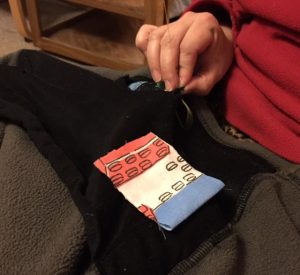 Who would’ve thought a Lego comforter would bring so much joy to so many over the course of 30 years? Sure, it’s warm and the colors are vibrant, but it’s just a blanket after all. Ok, whoa, it’s not “just” a blanket. I retract that. In physical form, it may be just a blanket, but it has been so much more to a lot of people – and pets for that matter.

Our sweet Kramer loved to nap with Melissa and Lego, and when Kiva and Kaya came along, they picked up right where he left off. 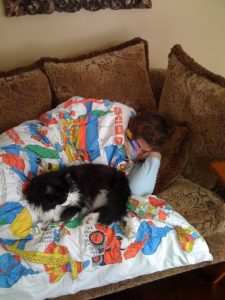 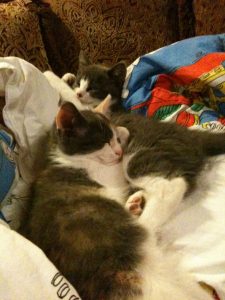 Yes, its name had simply become “Lego”. Kinda like Beyonce, Madonna, or Prince (may he rest in peace). It was that cool.

It took me a couple weeks to come to the decision to donate it, and once I did, I was firm. Or so I thought.

When I announced its end of life with a photo memorial on Instagram, college friends shrieked “Noooooo!”, nieces and nephews pleaded with me to keep it, and Melissa offered a simple “R.I.P.” She knew it was time to say goodbye. She tried several times over the years to save it; to make it whole again. It was beyond repair.

“Nooooooooooo, it can be saved. I’ll sew it!”

“You can not get rid of this!”

Well, now I’m doubting myself. Maybe I shouldn’t get rid of it.

“Melissa, maybe we should bring Lego to my sister. She’ll sew it.”

“Well, it now has a huge square cut out of it,” she said.

Oh, right, I asked her to patch a hole on the inside of a sweatshirt pocket with material from Lego so it can be with me still. 🙂 And by popular demand, I’ll be saving a few more swatches for those who loved it, too.

Yup, it can be tough to say goodbye, but it’s time to let Lego go. Hmm. Lookie there — its name is almost asking to be “lego”.

Are You an Advocate or a Fighter?
Scroll to top