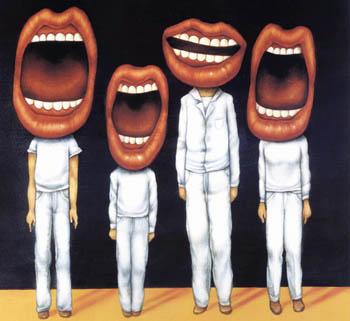 On a client call, Mary* talks to me about her desire to broaden her photography skills as a way of expressing her creativity. “I really love taking pictures, and people often comment on how good I am at it. The idea of diving deeper into this hobby gets me really excited!”

This all sounds well and good, however, it’s the third time Mary has mentioned this to me, each with a passion and joy in her voice like it’s a new discovery.

“Yeah, I remember you mentioning this before,” I say to Mary, “and we had you check out some local photography classes. Did you attend any?”

“No. None were held at a time that I could do, and when I looked into online classes, I got sidetracked by the shiny object syndrome!” 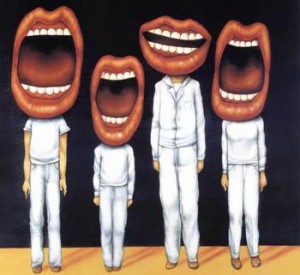 “I get that,” I tell Mary. “We just want to be careful that your talking about getting more into photography doesn’t stop you from actually doing it. You see, sometimes sharing your excitement about something can be enough of a ‘fix,’ that you then lose the motivation to actually do anything about it.”

“Ahhh, yes, I think that’s exactly what’s going on with me,” says Mary. “I’ve been telling a lot of people about this idea, and when they’re excited and encouraging, I’m super motivated, and then I don’t do anything. It just feels too overwhelming.”

Mary is certainly not alone. I’m sure you can think of a time or two when you shared an exciting idea with someone, got all jazzed up, and then the next time they asked you about it, you had nothing new to share. Or think about how motivated you feel when you commit to starting your diet “on Monday,” and then Monday rolls around and it’s cookies for breakfast again. Same thing.

So what makes us want to just get a ‘fix’ by talking about it instead of actually taking action to make it happen? In my experience coaching people for more than 13 years, it almost always boils down to what we think is fear, but it’s good to remember that fear and excitement are opposite sides of the same coin. It’s easy to confuse them.

The thing about “What ifs” is that they’ll always remain a question until you prove or disprove them. And guess how you do that? By actually doing the thing you’ve been talking about!

Sure, Mary may find the ins and outs of photography laborious and frustrating, but she can never know that for sure until she tries it. Yes, you may struggle to stick to a healthier diet, but you have to give it a go to know.

The fear that holds you back comes from that sweet, young part of yourself who feels really nervous about any new territory. It’s your job to remind him or her that you’re in charge of this new venture. You can’t expect your inner 5-year-old to master aperture and F-stops, but you do need his or her creativity to find some really great shots. You’re a great team, you just need to remember which job is whose.

Let’s play a different “What if” game. What if Monday comes and you find yourself really in it and committed, you end up trying a new, healthy recipe, and you feel great as a result? What if you take a photography course and love it even more than you ever thought you could? What if you buy that plane ticket and explore some new areas instead of just looking at photos online, and you fall in love with travel?

If you’re going to make up stories, make up all sides. Yes, there might be failure, but they’re might also be unbelievable success. You’ll never know until you take that first, small step… and small steps are the key to getting your little one on board with anything that feels new and scary.

Taking the examples from above, here are some small steps:

See how I’m not choosing the finish line as the first step? That would freak out your Little One! Instead, imagine, by breaking it down into little bites, that you’re taking her hand, and lovingly encouraging her to come along; showing her that she’s safe with you.

Yes, talking about new adventures can be a blast, but so can actually taking them! If you go for it and hate it, at least you tried. I don’t know about you, but I’d rather regret what I’ve done than regret what I haven’t. After all, according to the great Wayne Gretzky, “You miss 100% of the shots you never take.”

OK. You’re up. What have you found yourself talking a lot about instead of acting? What’s a small step you could take today to explore that idea further? I’d love to hear from you. Join the conversation in the comments below.

*not her real name

Struggling to Celebrate Others?