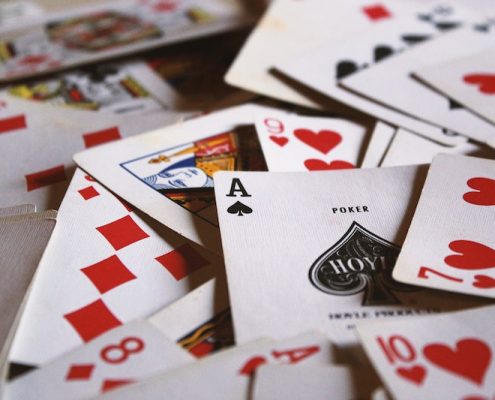 A while back, I had a small stack of papers on my desk. There were only about five sheets in the pile so I didn’t consider it a priority even though I was sick of looking at it.

Every now and then I would pick it up, flip through it, straighten it up, and put it in a different spot on my desk. “That’ll be my new ‘to be handled’ area,” I told myself.

Then I’d get sick of seeing it there so I’d move it again. “Hmm, maybe if I stand it up on its side between these books I’ll handle it sooner.”

This dance happened for months. Yes, months. I kept moving the stack around but never took action even though I had determined that these were “follow up” items — things that needed my attention and the next step was mine.

This is a little something I call The Clutter Shuffle, and it happens for a couple of reasons:

I was shuffling the papers on my desk because I didn’t want to face what was in the pile. What I needed to do about them was emotionally charged and scary, and Little Kerri wanted nothing to do with it. So instead of making that call or having that conversation, she’d move them around, fooling herself that she was actually making progress.

But it was a temporary fix. I felt a little better for a minute because instead of, say, the papers being strewn about, at least they were piled up and neat looking. But before I knew it, I was annoyed by them again.

I’m sure you’ve torn up the dance floor yourself in a similar way – moving things from one area to another hoping that’ll be enough. That the dreaded stuff will be taken care of. That you can finally stop thinking about it.

Or maybe you’re strolling through the store and see the cutest bins and baskets and think “Ah, yes! If I had those then my space would be totally organized!” So you buy them, get them home, and pile a bunch of stuff in them. The pretty bins become a catch-all place for your clutter and because you didn’t go through the stuff before you loaded it in, the bins, too, become clutter instead of an intentional home for your items.

It’s time to get off this merry-go-round because, frankly, it’s anything but merry. So how do you stop the dance and make some real progress?

Now I want to hear from you! What are you shuffling these days? Where are you spinning your wheels and getting nowhere? What are you tired of moving around and want to be ready to set it free? Come join the conversation below.

Do You Suffer from “I Might Need this Someday” Syndrome?
Scroll to top